This daily report contains 23 currency values and is updated around 10:30 UTC+2 on every working day, except on public and bank holidays observed in Pretoria.

This publication does not include historical series.

The economy of South Africa is the third largest in Africa after Nigeria and Egypt. It has the most sophisticated economy in the continent, with modern infrastructure common throughout the country. The country is considered to be a newly industrialized country according to the World Bank classifications.

Although the natural resource extraction industry remains one of the largest in the country with an annual contribution to the GDP of US$13.5 billion, the economy of South Africa has diversified since the end of apartheid, particularly towards services. In 2019, the financial industry contributed US$41.4 billion to South Africa’s GDP. In 2021, South Africa-based financial institutions managed more than US$1.41 trillion in assets. The total market capitalization of the Johannesburg Stock Exchange is US$1.28 trillion as of October 2021.

The nation is among the G20, and is the only African member of the group.

The South African Rand is also legal tender in the Common Monetary Area member states of Namibia, Lesotho and Eswatini. Although these three countries each have their own national currency. 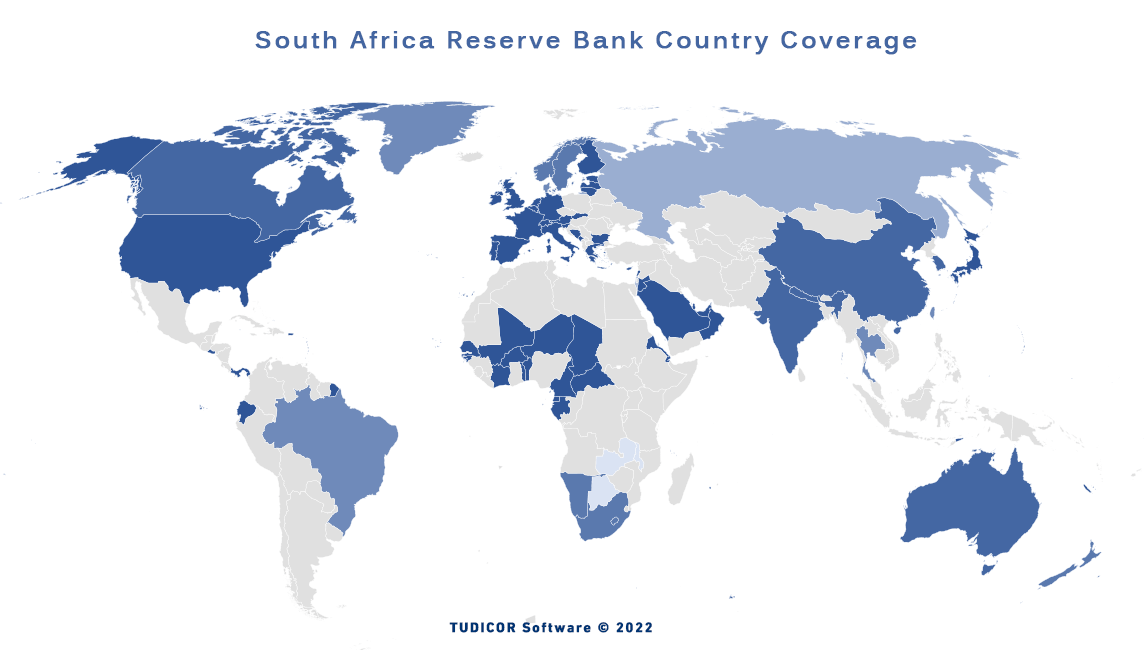